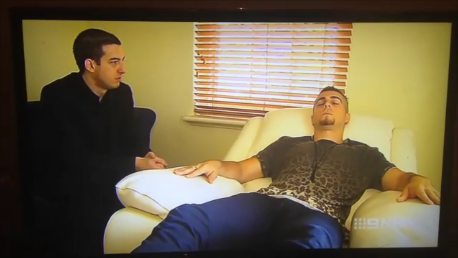 More Information about Clive Westwood Hypnotherapy
Leadership
has been described as “a process of social influence in which one person can
enlist the aid and support of others in the accomplishment of a common task".
Other in-depth definitions of leadership have also
emerged.
Leadership
is "organizing a group of people to achieve a common goal". The leader may or
may not have any formal authority. Studies of leadership have produced theories
involving traits, situational interaction, function, behavior, power, vision and
values, charisma, and intelligence, among others. Somebody whom people follow:
somebody who guides or directs others.

Early
western history
The search
for the characteristics or traits of leaders has been ongoing for centuries.
History's greatest philosophical writings from Plato's Republic to Plutarch's
Lives have explored the question "What qualities distinguish an individual as a
leader?" Underlying this search was the early recognition of the importance of
leadership and the assumption that leadership is rooted in the characteristics
that certain individuals possess. This idea that leadership is based on
individual attributes is known as the "trait theory of
leadership".


The trait
theory was explored at length in a number of works in the 19th century. Most
notable are the writings of Thomas Carlyle and Francis Galton, whose works have
prompted decades of research. In Heroes and Hero Worship (1841), Carlyle
identified the talents, skills, and physical characteristics of men who rose to
power. In Galton's Hereditary Genius (1869), he examined leadership qualities in
the families of powerful men. After showing that the numbers of eminent
relatives dropped off when moving from first degree to second degree relatives,
Galton concluded that leadership was inherited. In other words, leaders were
born, not developed. Both of these notable works lent great initial support for
the notion that leadership is rooted in characteristics of the
leader.


In the late
1940s and early 1950s, however, a series of qualitative reviews of these studies
(e.g., Bird, 1940; Stogdill, 1948; Mann, 1959) prompted researchers to take a
drastically different view of the driving forces behind leadership. In reviewing
the extant literature, Stogdill and Mann found that while some traits were
common across a number of studies, the overall evidence suggested that persons
who are leaders in one situation may not necessarily be leaders in other
situations. Subsequently, leadership was no longer characterized as an enduring
individual trait, as situational approaches (see alternative leadership theories
below) posited that individuals can be effective in certain situations, but not
others. This approach dominated much of the leadership theory and research for
the next few decades.